S4FE is a freely accessible, blockchain-based technology, global network for registration, search, verification, and identification of (lost or stolen) property.

S4FE is a freely accessible, blockchain-based technology, global network for registration, search, verification, and identification of (lost or stolen) property. Property means every imaginable kind of „objects“, such as electronic devices, jewelry, valuables, collections, documents, contracts, hobby equipment, vehicles, and machines, or just any imaginable object that is of value to its owner.

Despite state-of-the-art technology, it is still not possible to report objects or property in general in an anonymous, user-friendly manner in real time as lost or stolen and to make this information accessible worldwide. For this reason, the probability of recovering lost or stolen objects is extremely low in the majority of cases.

Additionally, it is almost impossible to identify lost or stolen objects as such, e.g. if you find or want to buy an object.

The causes of these problems, besides loss or theft itself, are different international jurisdictions, laws, database formats and access rights, as well as very slow administrative processes. It is the combination of these factors that prevents efficient flow and access and exchange of ownership information.

S4FE is a system that offers users two options, to protect property or objects, and to have the opportunity to check whether objects are reported lost or stolen when purchasing or finding them. The goal of the system is to protect property and reduce organized crime.

This claim is underpinned by the system itself and supported by the S4FE Reward Program, which rewards users for reporting and returning lost or stolen objects.

The goal of our team is continuous innovation, not only to increase the security of property but also to make a lasting contribution to the public.

S4FE contributes to the reduction of worldwide increasing theft, illegal possession and the receiving of stolen goods through four basic pillars:

a global network to register, check, identify and report objects.a search engine for global search and clarification of ownership of objects.the commercial value and the traceability of stolen goods with the goal to reduce crime.participation in the network to increase its efficiency.

We plan to establish S4FE as a „first mover“ with this service and to further improve the technological lead of the company and its products in the long term.

We are convinced that this model holds immense potential for increasing property security and reducing crime on a global level by rendering property unattractive for criminal use, as it can be identified as lost or stolen immediately, anywhere and anytime in the future.

S4FE is unlikely to solve growing crime in the world. Considering the appalling dimension of the problem, reducing crime by just 1% would already be a significant improvement for the public and would position S4FE as an important crime prevention service provider.

Foundation of S4FE AG in Vaduz.

8.1
Claim admin rights for this project 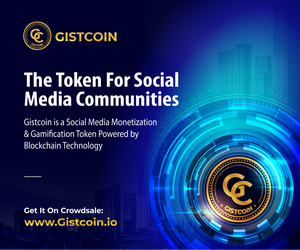 To pass the verification you need to place our logo on the main page of your website and make an announcement of the listing in your social network accounts. Send us the email in reply with confirmation of the link placement.