Our vision is to expand the network to other fields such as medical, education, e-commerce and so on. All transaction in the network will be powered by ROC and will be free of charge, which means no transaction fee when you are using a service from our network.

Third party developer can also implement Payment Gateway into their applications and websites by using the API provided by Roburst Network.

For many years, we have seen a significant improvement in machine learning and deep learning. We made use of it for our own project, the Roburst Trading Bot (RTB). RTB is powered by TensorFlow, an open-source deep learning technology operated by Google. Right now, RTB is capable of predicting and trading many cryptocurrencies, including the most popular ones: Bitcoin (BTC) and Ethereum (ETH). RTB can also predict the downtrend of a coin, so that it will give you a strategy for many situations, including the best one and the worst one. Or you can let RTB choose the most optimized way it calculates and the risk you take would decrease by almost 50 percent.

Pre-sale ends, ICO stages start.
Summary of the Pre-sale event, then move onto next stage: the ICO stage.

Coin distribution date.
Main net launches as well as the coin will be distributed to investors' wallet.

First ATM in LA.
With the help of RoburstBridge 2.0, the first Roburst Coin ATM will be available in Los Angeles, CA.

Roburst Coin ATM worldwide deployment.
We aim to deploy over 300 ATMs worldwide, first in major cities around the world.

Allowance of public sidechain creating.
Everyone can now create their own cryptocurrency based on Roburst Network. 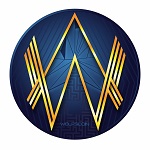