What is StableCoins by Platinum Q DAO Engineering

The problem solving: The main problem to solve is reducing the volatility crypto trades face, and that's exactly what USDQ and other Q DAO family stablecoins do. Each and every single stablecoin is backed with an amount of BTC safely stored with wallets which are connected to the smart contract ecosystem. Users can set long positions on USDQ and keep those funds stable without worrying about losing their money through the swings of the crypto market.

The release of a standard contract with USDQ backed with bitcoin assets. Creating the simplest landing site for monitoring of collateral and released assets. Listing of the tokens on the first exchanges. The release of Q DAO token as a governance token for keeping stability of USDQ.

Closed beta test of the loan interface. We give the first loans secured by your bitcoins in semi-automatic mode. Expansion of the list of exchanges for listing. Release of new USDQ tokens on the secondary market. Launch of JPYQ, KRWQ, CNYQ tokens. Loans will be processed manually.

Launch of our own decentralized exchange.

Creating our own blockchain and migrating the entire system to it. 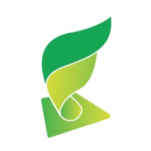