What is Stan World

Stan World is a virtual world platform of the Stans, by the Stans, and for the Stans. We found that the strongest, and most genuine friendship bonds are formed between people who share the same interest and passion.

As Stans of multiple cultures ourselves, we understand that “Stanning” anything publicly – be it a show, movie, book, story, character, sport, band, artist, video game, brand, product, hobby, etc. – can be an act of vulnerability, especially in a world where people are under constant pressure of “being cool”, chasing vanity metrics (e.g., ‘likes’ and ‘followers’) to get accepted among “friends” and the general public.

Thus, we’ve created Stan World – an oasis of acceptance and support – where the reward of new, lasting connections is celebrated and the outside perspectives that try to delegitimize these spaces are ignored.

CREATORS have the luxury to either collaborate or personalize virtual items, games, and experiences within minutes. With our powerful in-app creation tool, creators can design and get rewarded by other USERS through a secure and automated way. This provides incentives for users to truly express their creativity and imaginations while other users have the opportunity to purchase virtual goods and items.USERS choose what they want to do in Stan World, whether it’s immersing into an epic role-playing adventure, competing against other users, or just kicking it with friends online, you choose it and we can allow it. Users can engage with other fans to sing, dance and socialize in the VR K-pop Karaoke room, visit “Elon Land” with fellow Elon Musk enthusiasts, or compete in a Game of Dragons battle tournament in front of thousands of audiences watching in real-time. The freedom is absolutely yours.BE unique, creative and show your colors of what you want to be. With limitless wardrobe combinations, you can customize your avatar to be a virtual character of your dreams or a dragon you thought you could tame. With an ever-expanding catalog, Creators have no limit on the aesthetics of their customized avatar.UNLIKE the real world, Stan World has no limitations on your location, ethnicity, wealth and fame. Be you and choose the friends you want to hang out with. Whether you share the same Stan for a celebrity, movie, influencer or hobby, Standom is truly your reality.ANYWHERE AT ANY TIME. Whether you’re on the computer, smartphone, tablet, console, or VR headset, you can access Stan World at your absolute convenience. Enter, and play on.‘Open World’ is a word to describe games that allow the user to take full control. The goal isn’t to complete missions, but rather to explore and create minimal character limitations, fully allowing gamers to roam and change the virtual world at will. This puts the destiny and game simulation into the users’ hands, giving them the absolute freedom to create their own storyline. Early successors at such concept were GTA 3 released in 2001, and Minecraft released in 2009. These games continue to battle competitively with giant games such as PUBG, League of Legends, and Fortnite, in terms of popularity and attract millions of users per year. Up to this year, the industry of ‘Open World’ gaming has shown great success with Minecraft getting acquired by Microsoft at 2.5-billion-dollars while Roblox reached 2.5-billion-dollars in valuation, trumping the critics who believe games should have a strict storyline. With our AI creation tool and the use of virtual reality, we’re integrating the open world gamification aspect with social media, providing the next-gen experience for users leading to high retention rate. 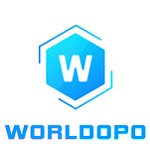 Worldopo (WPT)
ICO
Worldopo gives the players a platform to build, own and trade property, all securely stored in blockchain. The innovative new approach is the use of it’s own ...
Details
6.8

PixelBit (PXB) IEO
IEO
PIXELBIT (PXB Token) is a dedicated crypto currency based on the Ethereum blockchain that serves as a foundation for In-Game purchases, unlocking additional con ...
Details