Storichain is a global project that provides a partially decentralized dApp and a shared protocol for the story industry to solve the problems of the story industry through blockchain characteristics. The term ‘Story Industry’ refers to the industry which uses ‘stories’ as a source of their products and includes areas such as movies, dramas, web novels, web dramas, plays, musicals, and radio dramas.

However, despite the rapid growth of the market, the industry still has many problems left to be solved. One of the biggest problems is that the story assets (source stories, scripts, novels, webtoons, scenarios, etc.), which is the foundation of the entire industry, are only being traded on an offline platform due to idea theft issues. Currently, almost the entirety of the transactions is made offline between people who trust each other. In this regard, Storichain can be considered as a digital story asset management system which allows the individuals to make transactions online even with non-trustable people by making an ‘idea theft prevention contract.’ One other problem within the industry is the issue related to ‘profit-sharing.’ For example, the webtoon industry, which is one of the biggest story-based industry in Korea, had already exceeded $700 million in market size, but there are still many people questioning the profit-sharing structure of the industry, and many content creators are still having a hard time on receiving sufficient compensation for their work.

Moreover, in areas where production costs are relatively high, such as the movie/drama industry, it is customary for the production companies, which is considered as a distribution broker and the early-stage investor in the industry, to take full risk of the future by paying most of the costs that is required during the story gathering/development process. This was due to the nature of the industry that there is no guarantee that the story quality will directly lead to sufficient market demand.

In the story industry, the role of readers is as much as important to that of the writers and the production companies. If a reader reads a story and enjoys it by himself/herself, there is absolutely no additional value created. However, if the reader shares his emotions and experience with other people, it can lead to a networking effect of the story and can be considered as an actual act that contributes to the story. Also, other acts including making reviews and telling their own story the writers can be regarded as a contributing action.

Until now, such contributions from the readers was considered as an important foundation of the story industry. However, the industry was not able to accumulate reliable data to provide compensation to the readers who contributed to the content creation process. Therefore, the Storichain starts by placing the token’s value base on story creation, ultimately lowering the trust cost between the participants of the story industry –writers, production companies, and readers-. By doing so, we will make the process of creating a derivative work out of a source story more transparent, solving the unfairness that exists in the industry and creates new values.

We are going to demonstrate how the Storichain Project will use certain blockchain characteristics to solve the problems in the story industry, and what kind of added value it will create during the process.

Trust-creating contracts with anti-theft and notarial effects, and tokens are used to deposit the trust mark when creating smart contact. The token is like a voucher that is used in the field of culture and art, which is associated with stories. A ‘story’ is a type of narrative that connects our temporal experience based on causality. UI-wise, Storichain might look like an ordinary SNS where the public can use with ease. However, in Storichain, the experiences of individual users can be selected by professional writers and become reborn into a ‘story’ with a well-structured narrative. The original source story will be stored in the central server, but the contribution data, which proves the contribution of an individual on the work, is regularly stored within the blockchain so that it can be used as evidence in case a plagiarism-related dispute occurs. Based on this story, if other aspects such as drawings, videos, broadcasting, and the music get combined through collaboration with other creators, Storichain will keep track of the contribution made by each creator, making it easy to split the profits in the future. As a result, when a single story generates extra value by being converted into other forms of work such as web posts, web novels, webtoons, drama scripts, movie scripts, musical scripts, and game scenarios, all the participants of the story will receive compensation based on their contribution. In addition, when a derivative work is made based on the source story IP, Storichain will track the distribution route and manage it efficiently in order to provide benefit to the writer/reader/and producer. In a wider scope, Storichain’s goal is to store the story IP, which was considered as an intangible asset to mankind, inside the blockchain as a provable form of data without manipulating or falsifying, enabling us to securitize the story IP and make it possible to contribute to the culture industry.

There has been no case yet where cryptocurrency was used properly within the field of culture & art. Storichain will strive to be a model case all around the world by contacting with experts from the culture field and collaborating with them to find new ways to achieve innovation. 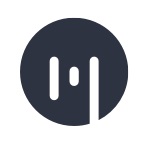 Muse Protocol IEO
IEO
Muse Protocol is the foundation that Muse Incorporated is built on. It is an innovative approach to an autonomous and transparent means of royalty distribution ...
Details