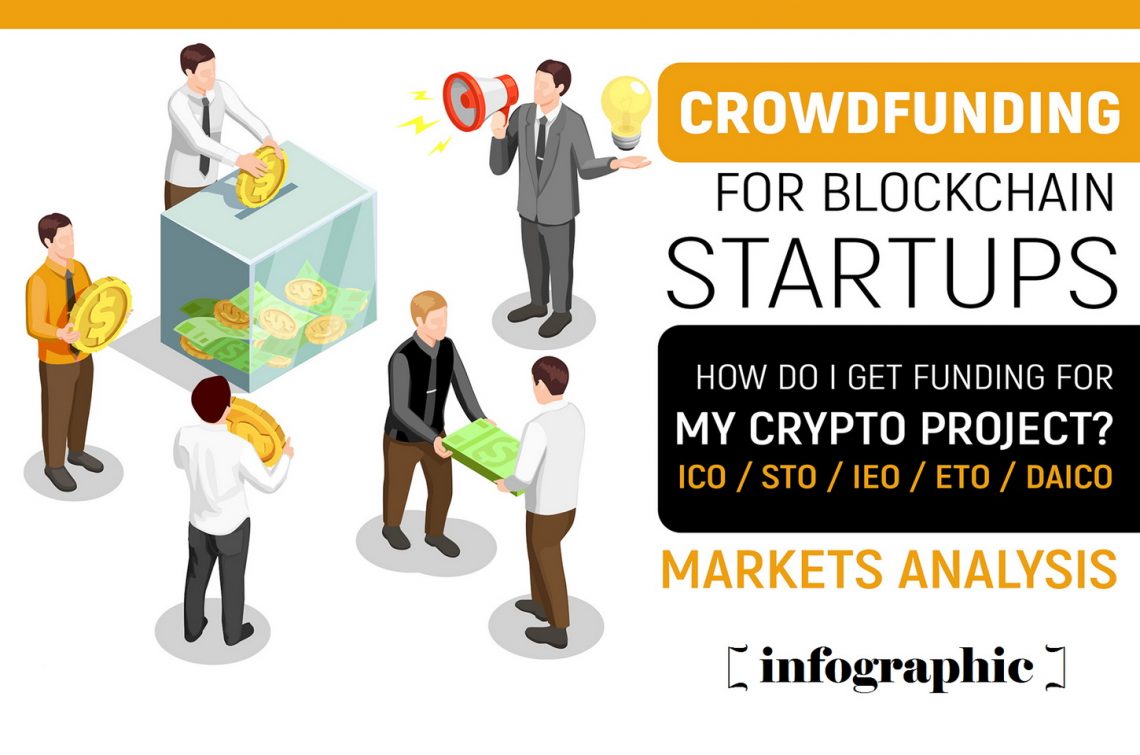 How do I get funding for my crypto project?

What cryptocurrencies you should look at this year and what countries keep on driving the crypto momentum.

For a crypto startup, knowing what route to take for their crypto project is key. The funding can make all the difference and help build a sustainable product in the longer run. In this age of the Blockchain revolution, the economy has become digitized, and shares tokenized. The newborn digital assets wield tangible power. Let us delve into the markets of ICO, STO, IEO in 2018-19, to see what can suit your business requirements.

Crowdfunding for cryptos has become simpler, with investors and creators having choices between ICO, STO, and IEOs. Here is a look at how ICO’s have fared in 2018.

Here is a list of the top countries by the amount raised from the investors:

Interestingly, an increased number of ICO’s didn’t necessarily translate to a higher amount. For instance, the British Virgin Islands has had a significant amount of investment, but the number of ICOs in the territory remains low, not even making it to the top ten.

Monthly number of funds raised declined to $0.5 billion on average

Amidst the positive and negative growth rates, increase and decline of value in the crypto world . The groundbreaking ICO Telegram Open Network (TON) managed to raise funds as high as 1.7 billion dollars.

The year 2018 bellows out a wholesome $24B funds raised with over 5.1K projects and 71K professional profiles. Kicking off with a high monthly funds raise, estimated to be over $1 billion, the total number of ICOs increased to 3.5 times compared to the previous year. The total number of funds raised in 2018 was about 15% more than in 2017.

ICObench has become a very good scale to measure the performance:

2019 saw a rather negative slope with the lowest benchmark:

Top 10 countries by number of STOs 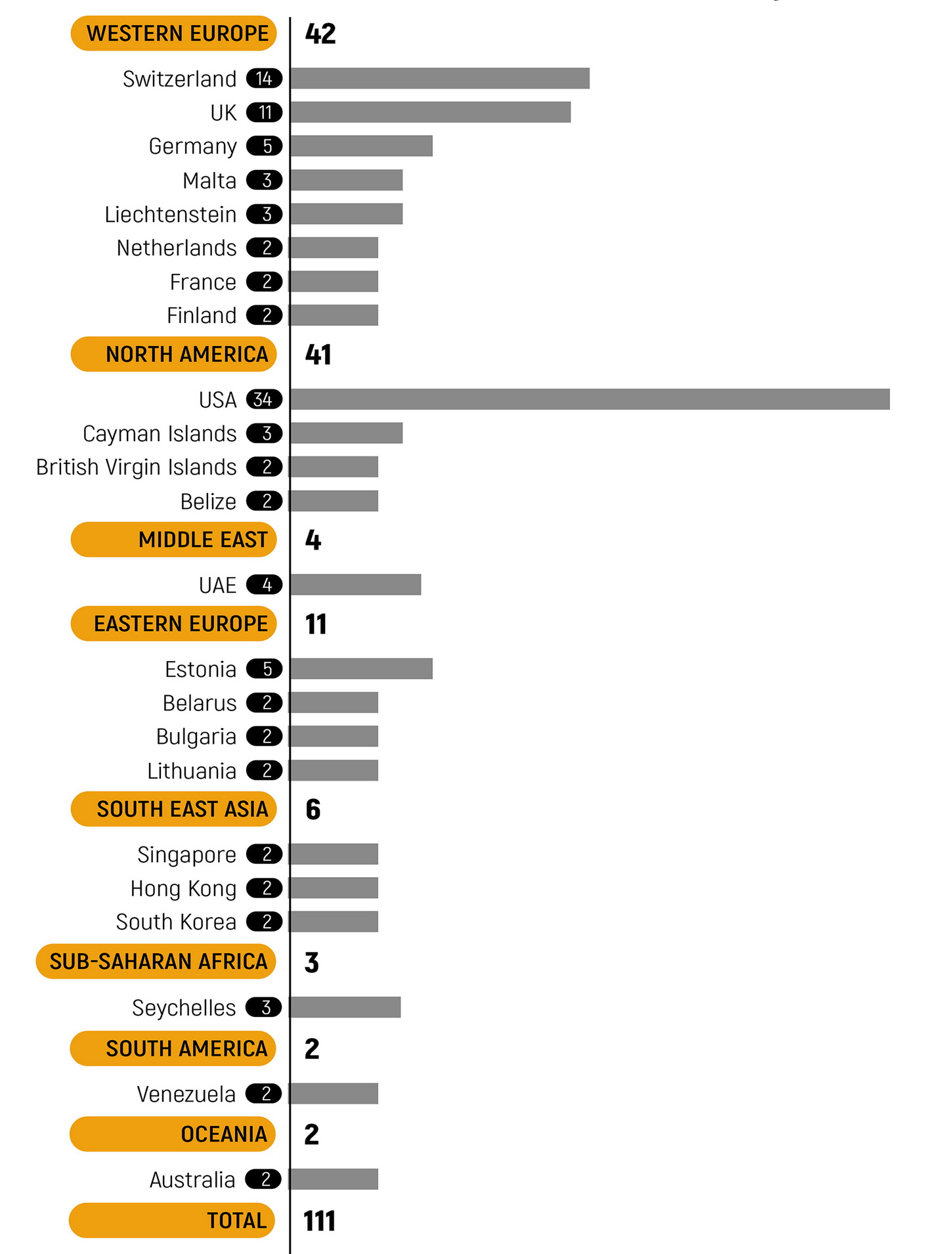 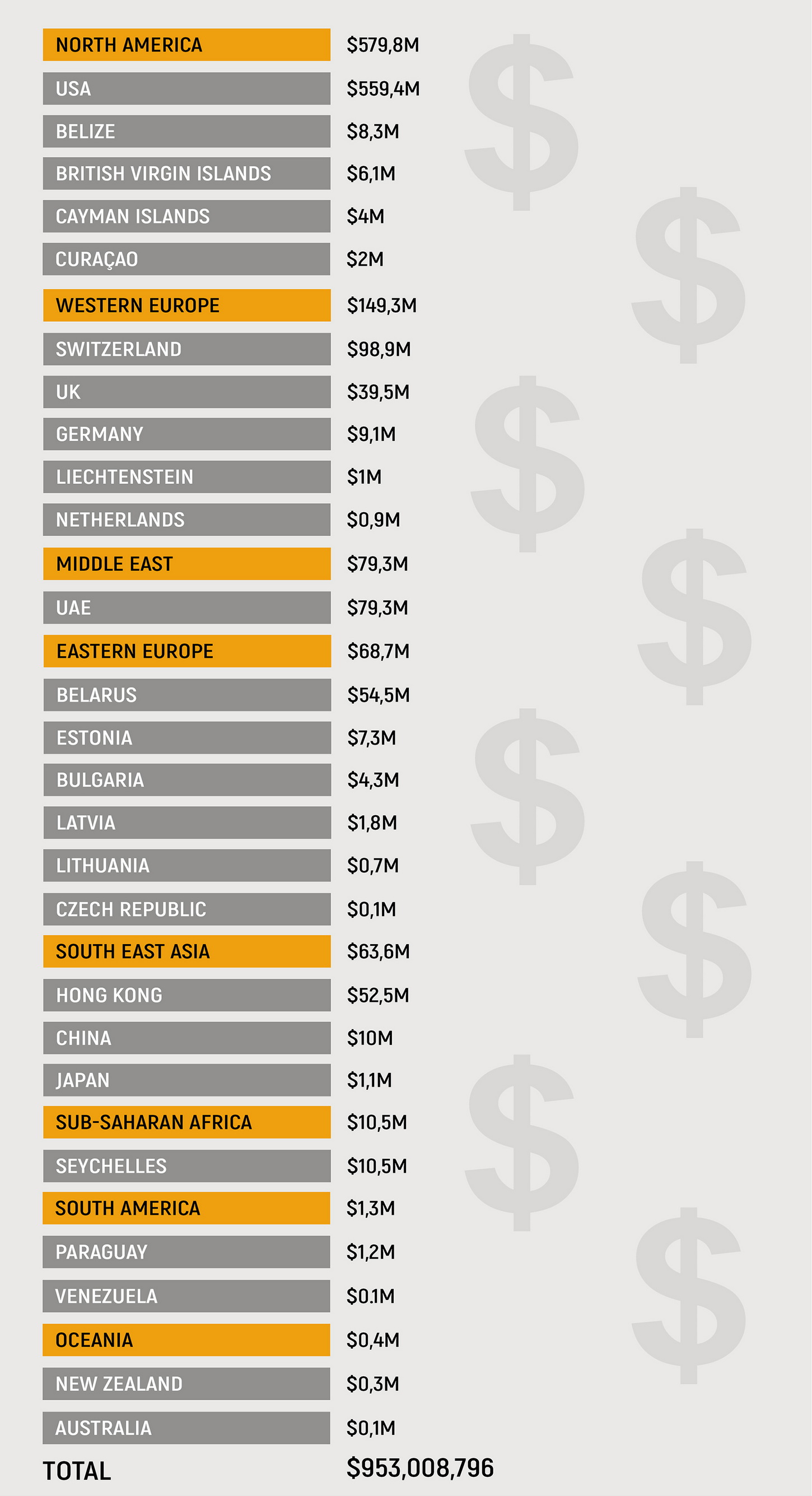 Actual amounts raised are closer to the targeted amount 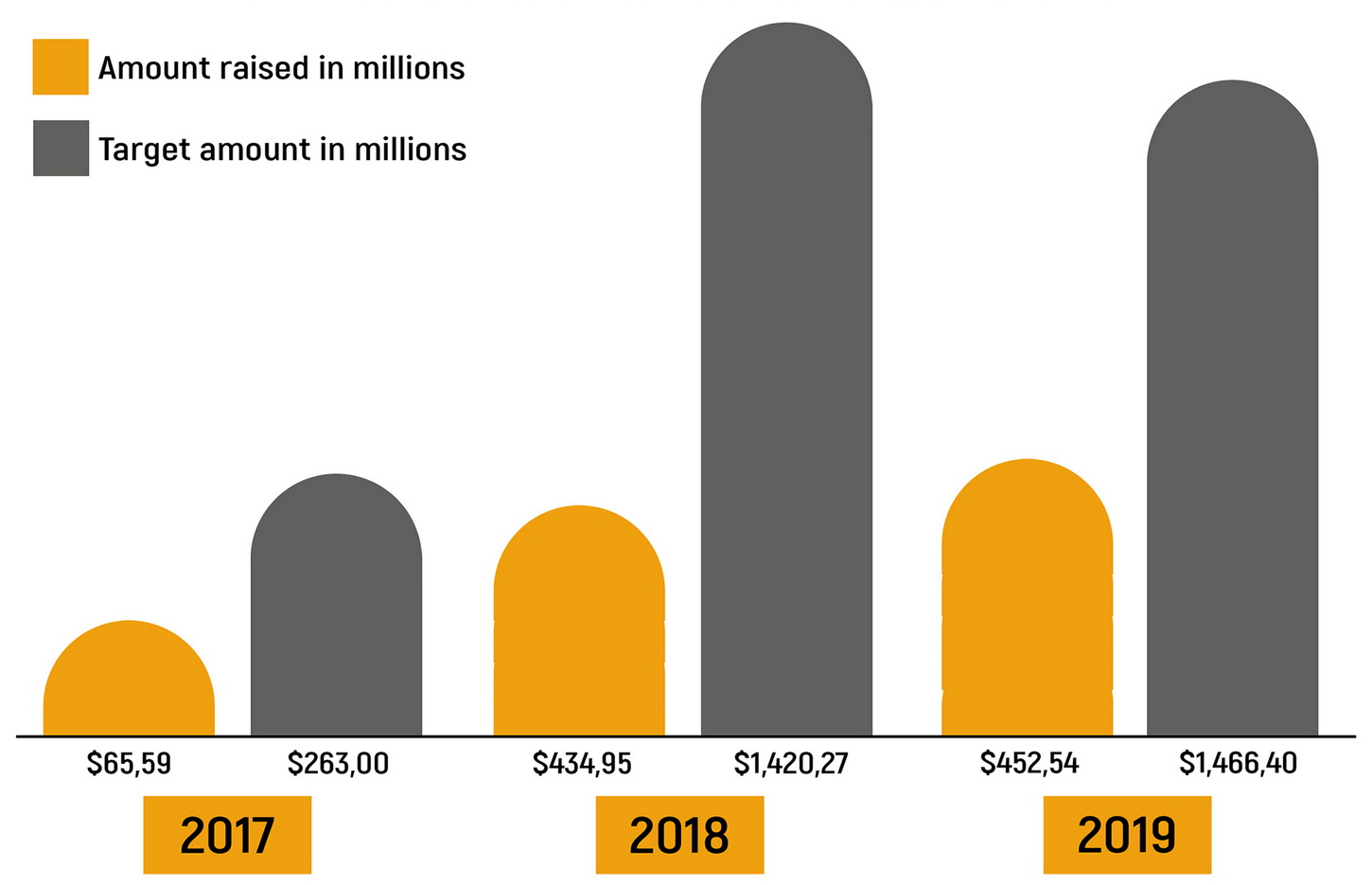 After the late 2017 ban on ICO imposed by China, the new startups have turned their focus to IEO. 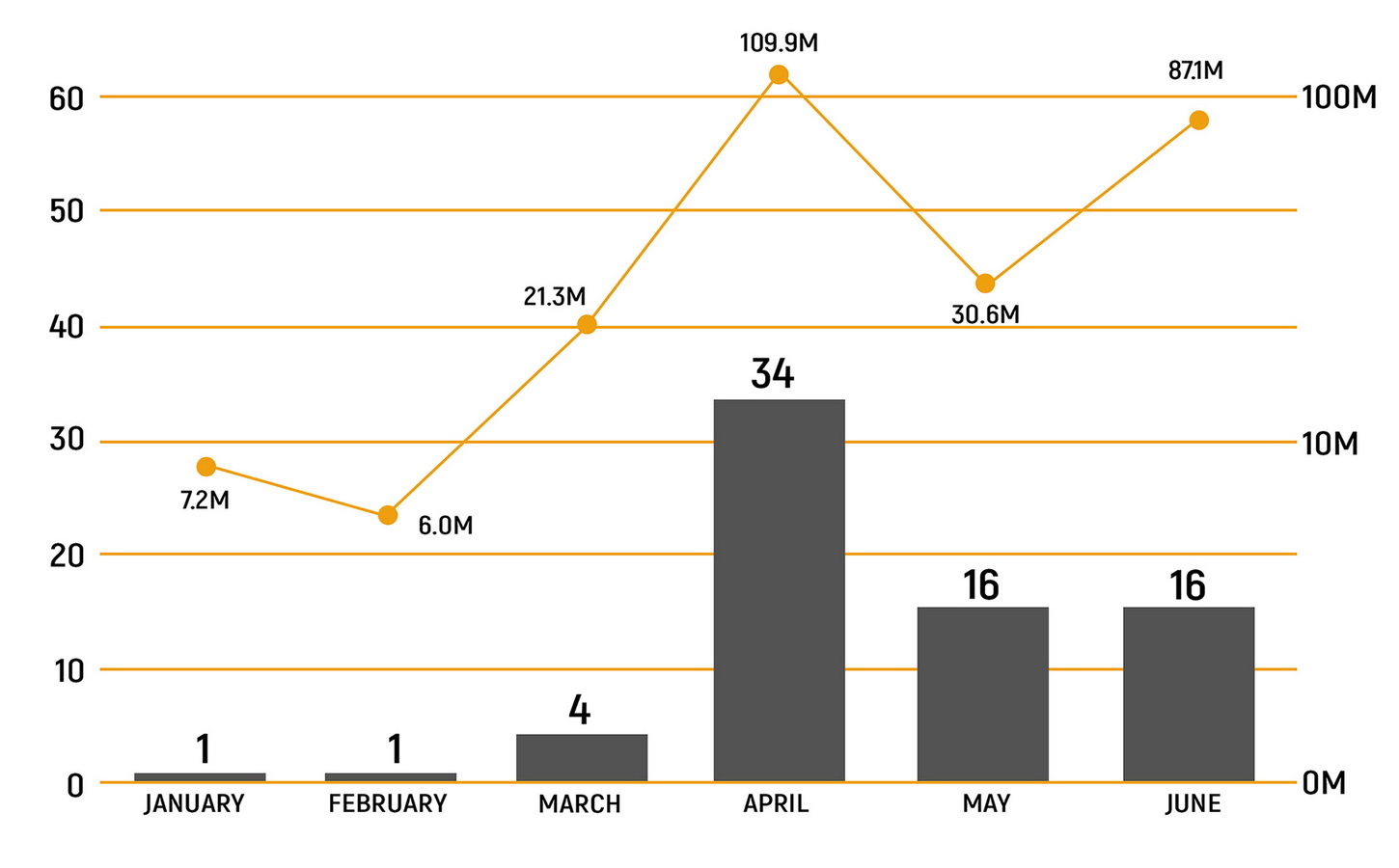 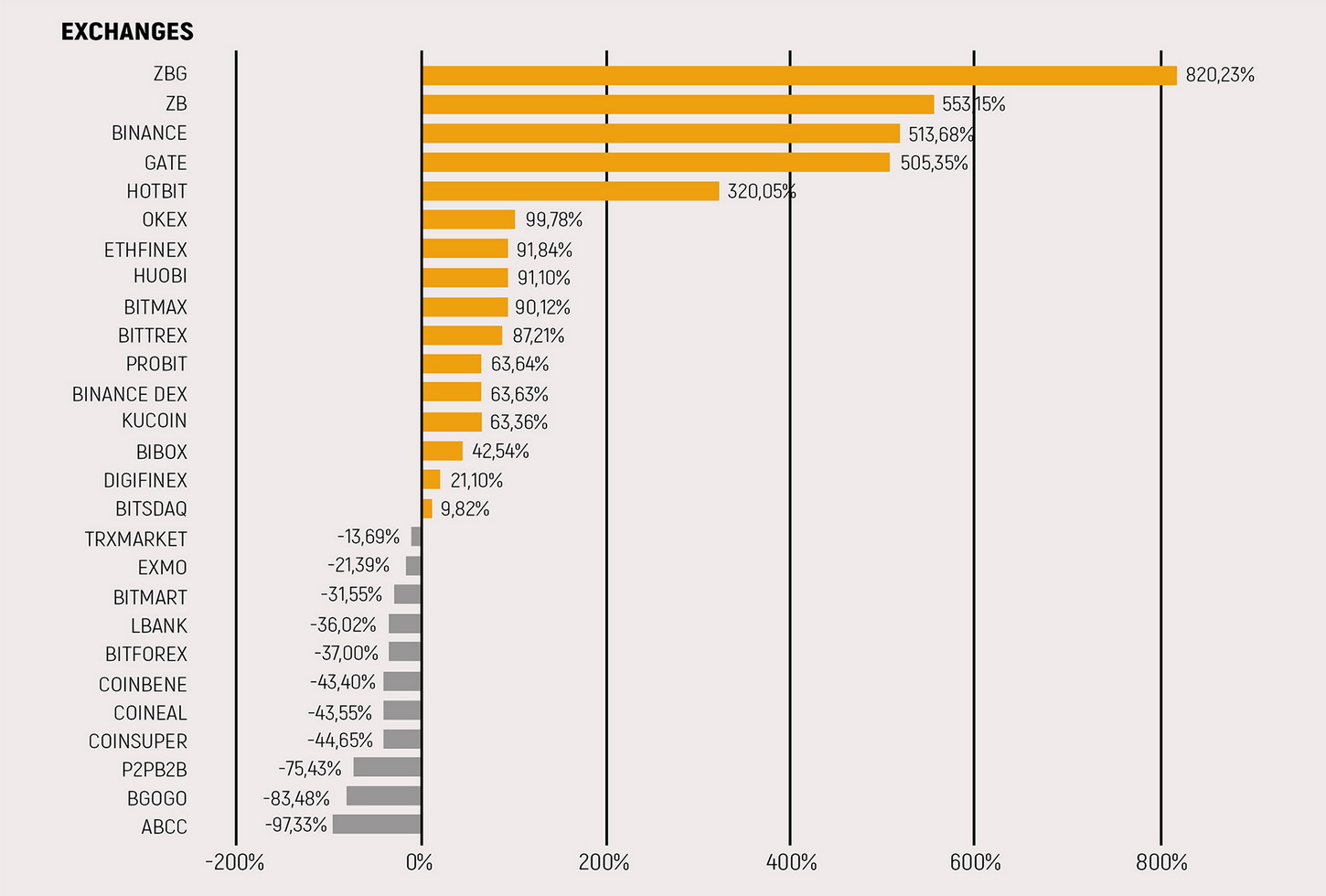 The second quarter of 2019 soaked in crypto summer with a meteoric rise in the value. The overall market cap saw a dynamic increase of 200 billion dollars, with a steady growth of trading volume. All top 5 coins recorded positive growth, with BTC topping the list with 165%, thus creating the noise all over the world of tokenized economy.

Among some exchange platforms, Binance DEX, Bitmax Launchpad, Bittrex International IEO and such platforms are to name a few. Some early adopters of Binance DEX include StableUSD (the first stable coin developed by Stably), FANTOM (an acyclic graph on the smart contract platform), Tomochain (a highly secure, transparent and reliable fee transactional system), CRED (a cryptocurrency lending platform) and the like.

One of the main advantages of IEO is trust and its ability to reduce scams to a minimal level. Also, it is a relatively simple process beneficial to token issuer startups. 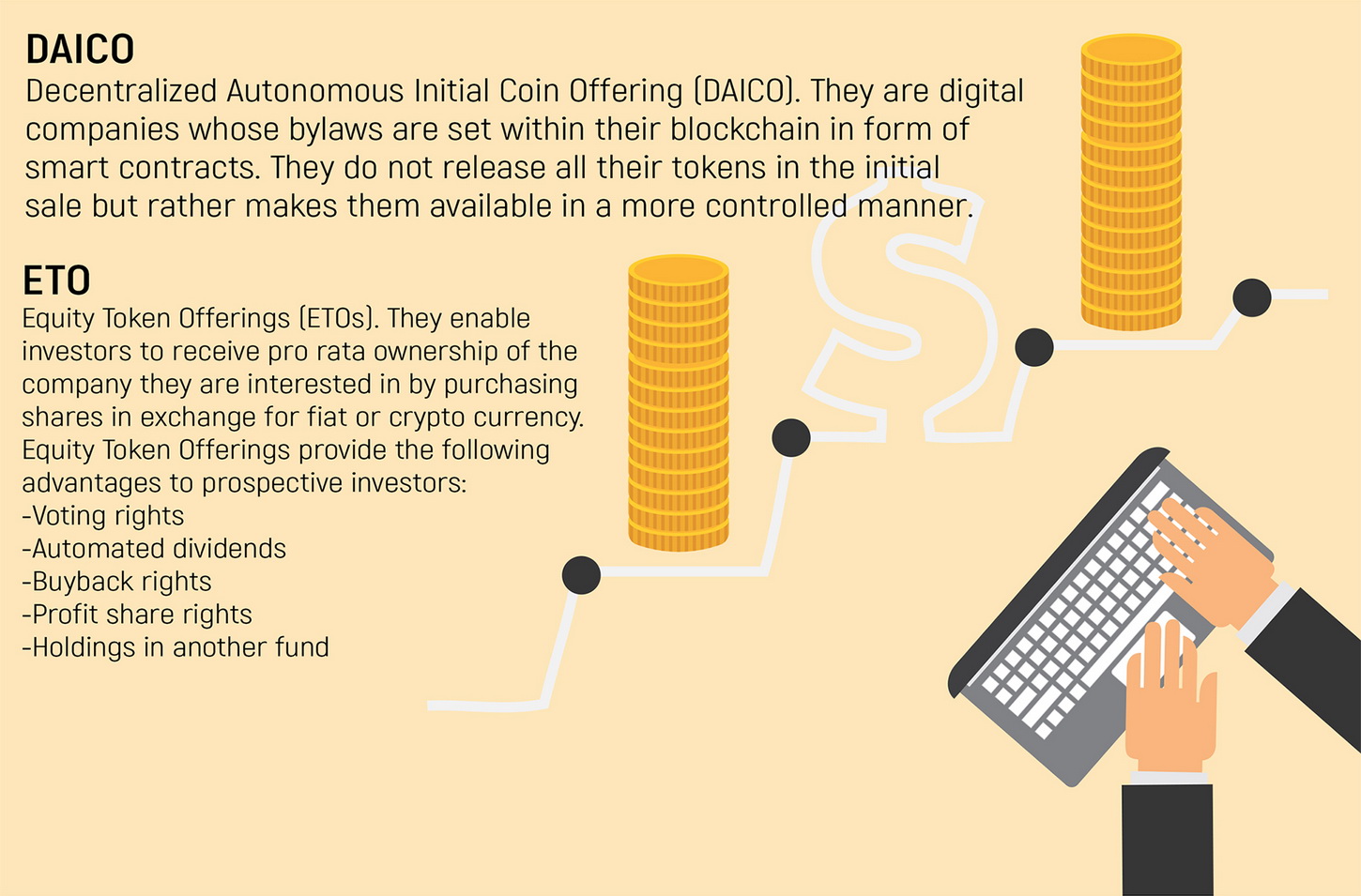 When the concept of DAOs (Decentralized Autonomous Organization) is fused with the ICO fundraising model, it serves as a cherry on top of the crowdfunding cake and forms the palatable DAICO. It integrates investors into the project development process, allowing them to vote for a refund if the progress of the startup fails to satisfy the token holders. DAICO imposes an additional security latch that ensures the token holder a certain amount of guarantee that they would not incur a hefty loss on the investment.

In the era when democracy is the buzzword, DAICO lets you wield your democratic rights to the fullest. The centralized core team is not supreme. In fact, it is the referendum of the token holders that contributes to the decision-making process on the funds by a fair voting system. The opportunity of getting a refund and the feature that spreads the funding over a suitable time period, infused from DAO, make DAICO more beneficial for investors.

Contributors can fund the project in lieu of specific network tokens during the crowd sale period, after which the “soft cap” is decided upon. This limit is initially zero, which is increased further by the common resolution of the token holders. The soft tap determines the amount (per second) that can be withdrawn from the sale of tokens.

With a large share of decision making and power to control bestowed on the contributors, the possibility of scandalous scams has been reduced. Unlike ICO, developers do not have complete access to the funds. Also, the possibility of 51% of attacks is reduced. Even if an attack occurs, its effects are minimal and restricted to the amount released at any one cap. The increment of a soft cap or the decision to stop further funding and demand a refund lies in the voting of the contributors.

Technology has stepped into a race against time contests and resulted in the digitalization of the global economy. With Bitcoin on the rise, virtual shares and stock markets have been gaining popularity. Essentially, an ETO implements the concept of equity tokens, digitized crypto versions of equity shares.

Tokenized equity is nothing but standard shares in the garb of crypto tokens. It is a budding way to raise the capital for a business where shares are digitized in the form of crypto coins. When you purchase shares, your record is maintained in the Demat account (short for the Dematerialized account) and when it comes to Equity tokens, they are accounted for in your blockchain-hosted account.

An ETO is low-cost and its value is market-depending, which makes it more flexible and accessible. All corporate actions—such as dividends, mergers, and acquisitions—are well controlled by the blockchain system. It offers investors voting rights, automated dividends, buy-back rights, profit share rights, and cash flow.

The automatic transfer of dividends to the blockchain wallet, armed with Elliptic Curve Cryptography and granting voting rights to shareholders makes ETOs a reliable, transparent, and secure system.

The positive slope on the graphs of market efficiency, liquidity of the dilutable tokens, keeping shares locked for a year, a wallet secured with multi-signature, elliptic curve cryptography, a larger pool of global investments, project ETOs to be more preferable than traditional share markets.

However, the rapid pace of advancement of cryptocurrencies’ tokenized equity has made the entire process complicated for all to grasp its nitty-gritty. With a whetted clarity on  regulation of cryptocurrency values and a little passage of time, the benefits of ETO and digitized shares are sure to be recognized.

The total value of venture capital investments has noted a steady upward trend during the period under observation, reaching a value of approximately $9.2B. 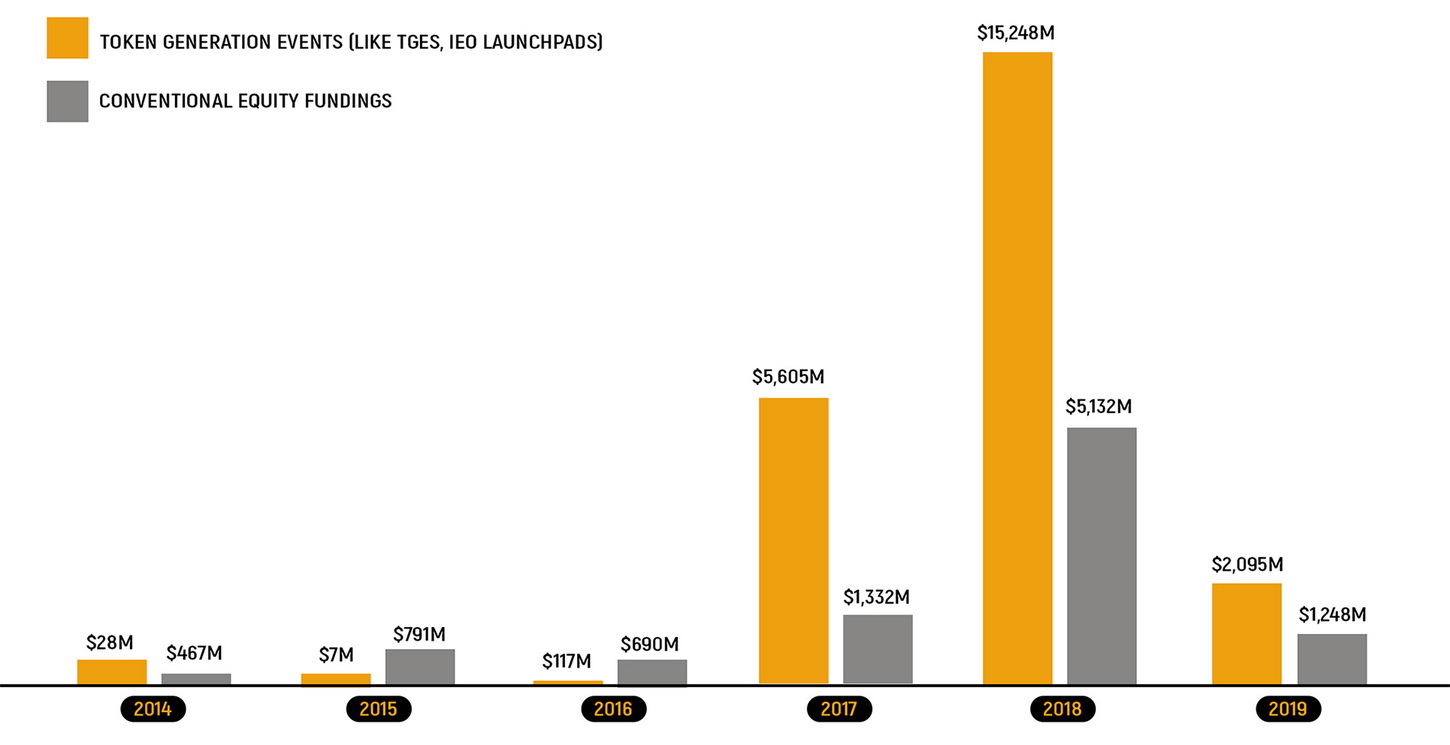 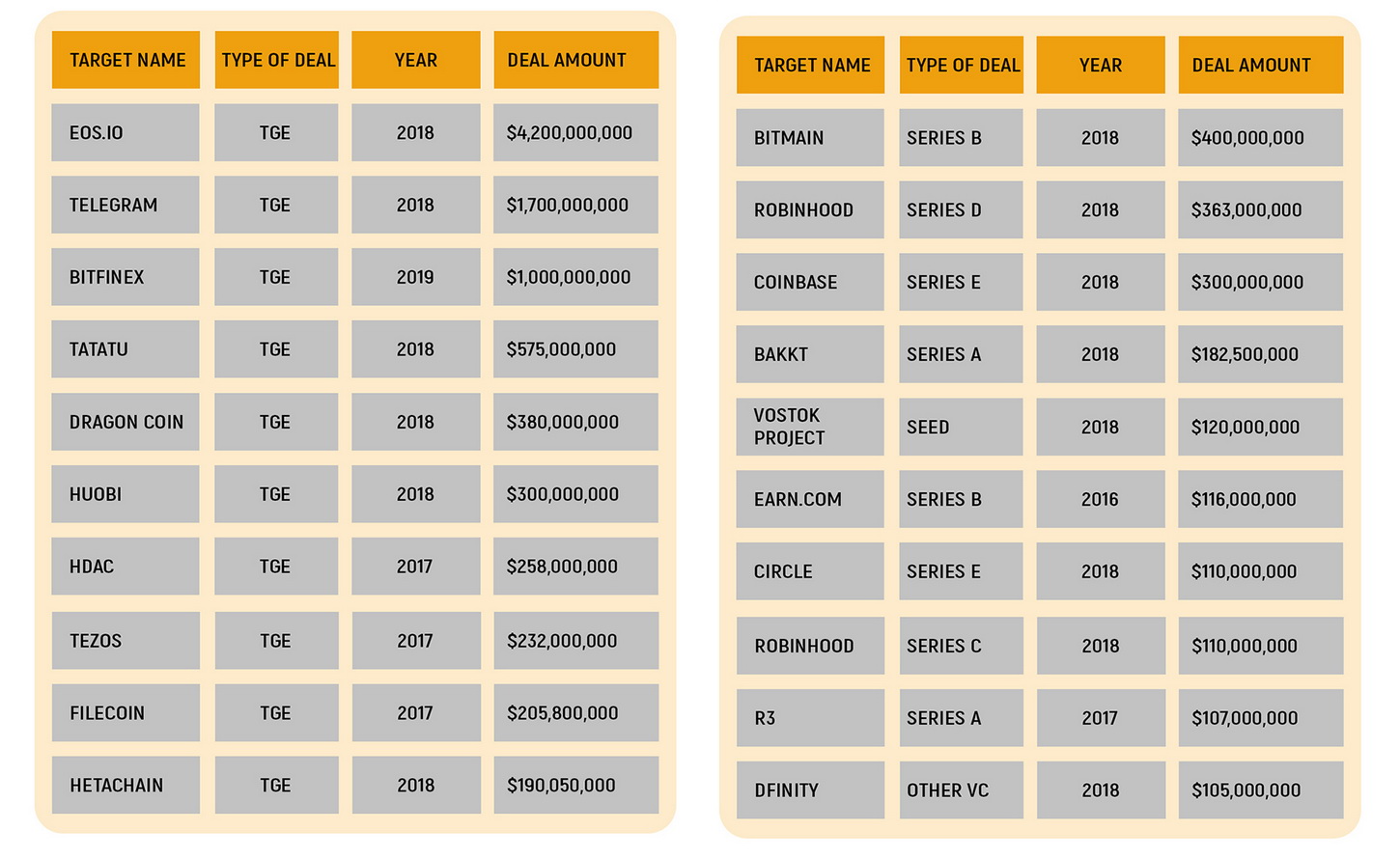 When it comes to the total funds raised by Blockchain companies, the average Token Generation Event (TGE) contributes to nearly 26% more for startups if we compare it to the average Venture Capital round. In 2019, Early-stage VC deals formed what we can call traditional funding types. At the same time, 2018 saw early-stage Blockchain companies attracting around $2 billion of Venture Capital. The peak of later-stage VC in 2018 at $289 million indicates the high level of interest of major companies in this field. The downward trend of indicators for TGEs shows that these events are still handled cautiously by investors.

Striking up large deals with TGEs and VCs is remarkable. For instance, EOS.IO TGE alone is larger than the highest rated conventional funding. The biggest deal with VC-backed Bakkt raised glorious $182.5 million.

Among the top ten biggest TGEs by ROI (return on investment), Blockchain infrastructure developers for dApps like Ethereum, NEO, Stratis, etc., Internet of Things infrastructure providers like IOTA and such platforms constitute the juggernaut, and this is reflected in the continuous positive CMGR.

So, what are the top TGE’s that you need to look at? 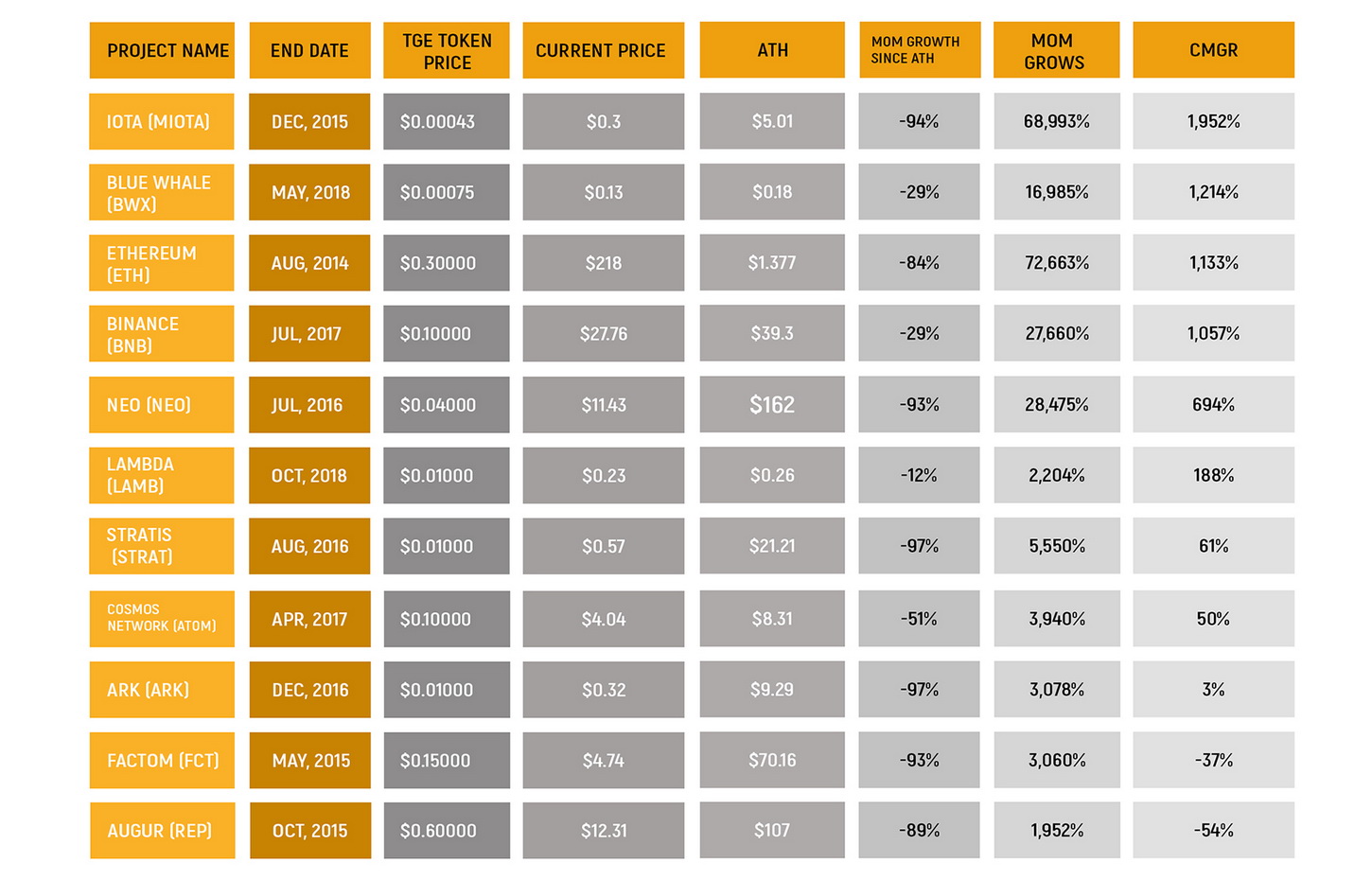 What can we expect this year? Should you look to go the TGE way? The financial sector, for instance, is one of the most promising sectors that we need to look at, especially when it comes to Blockchain.

FinTech magnetically attracts the crowd of investors willing to back the project. However, the prevalence of conventional funding is once again established by the fact that most investors participate actively in the Angel round.

With graphs and slopes, ups and downs, progress and hindrance, modern startups are more digitized. It is soon when people will realize the flexibility of digitized shares and the digital economy. 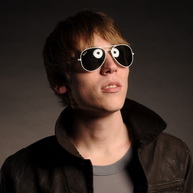 Written by Landzer
Ilya Landzer is a practicing senior search marketing specialist. He is also the content writer at CryptoTotem.com, a analytics service for Blockchain startups and Investors of cryptocurrency.